Back to Family Favourites 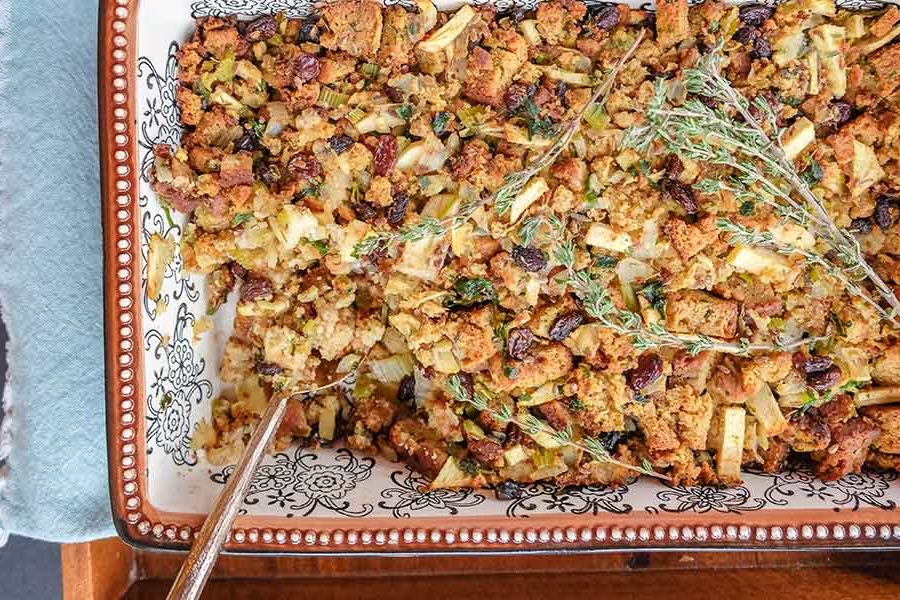 My favourite part of turkey dinner is a classic stuffing, one like my grandmother used to make. Because of everyone’s dietary needs, it has become challenging during holiday gatherings. This is why I wanted to make a gluten-free, low-fat vegan stuffing that is light and airy and perfectly crisp on the outside. It is not the heavy cake style that you need to cut with a knife. Basic stuffing is a combination of dry bread, butter, onions, celery, broth, eggs, spices and fresh herbs. However, gluten-free stuffing is a bit trickier because of the bread texture. The stuffing can become dry or soggy and mushy. 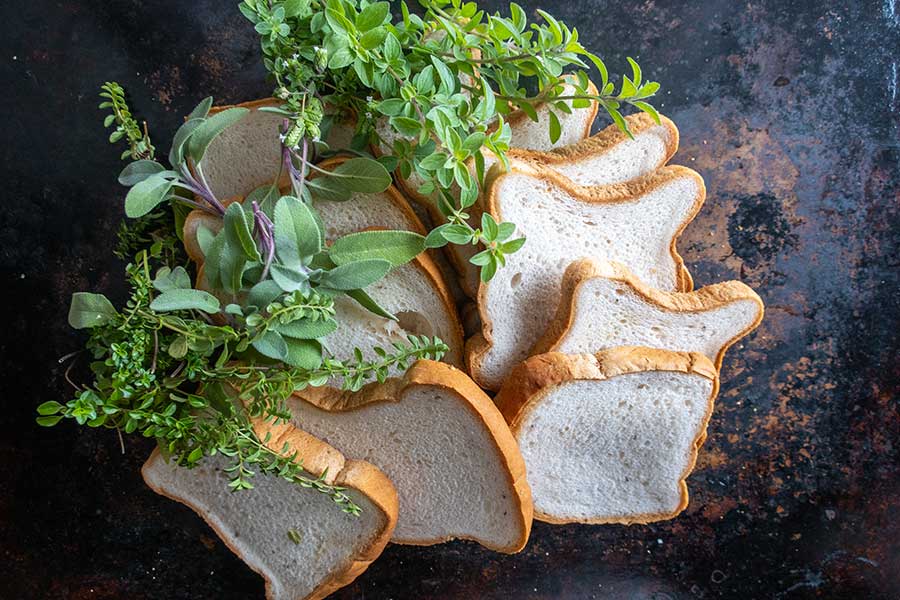 It is all about the bread in gluten-free stuffing?

First, you must start with gluten-free white sandwich bread, do not use heavy seeded bread – it will not work. The second important part is, the bread has to be well toasted. Since most gluten-free white bread varieties tend to be dry and bland, I have added fresh apples, which add moisture and delicious flavour. Apples pair exceptionally well with the bread. I have also added a few raisins, adding texture and a little sweetness. Trust me…the fruit makes the stuffing sensational. The rest is easy, plenty of fresh herbs and just the right amount of broth. One critical ingredient to add is flaxseed. The flaxseed replaces the eggs in this Gluten-Free, Low-Fat Vegan Stuffing.

Should the stuffing be cooked inside or outside of the turkey?

In my opinion, gluten-free stuffing should always be cooked outside of the turkey because it needs the air. Otherwise, it WILL become soggy and mushy. Another reason to bake this stuffing outside of the turkey is that the stuffing is vegan. The best part about this stuffing is, you can add it to just about anything, then smother it with gravy and dig in! And, once you have the stuffing I would recommend the Yam and Sweet Potato Mash, the tastiest, creamiest vegan side to add to your holiday table. 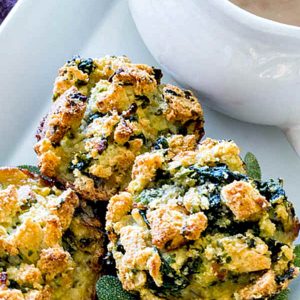 Delicious stuffing can be the highlight of a meal. This stuffing is made with apples and spinach and seasoned with sage and thyme. Instead of stuffing the turkey, the stuffing is made into individual portions in a muffin pan. The crispy outside and soft inside are what makes this stuffing a winner. Serve with turkey, […] Read More 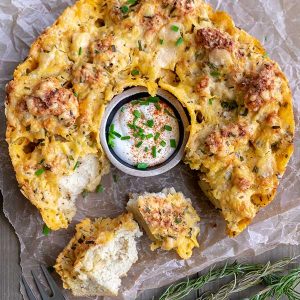 Best gluten-free garlic cheese monkey bread and it is made entirely from scratch. The bread is soft with cheese and garlic flavour throughout. You will love it, I promise! The best part is that it is simple to make. For the recipe, mix dry ingredients with wet, blend and transfer to a bundt pan. Brush […] Read More 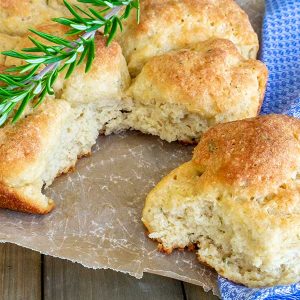 Best Gluten-Free Pull-Apart Soft Rolls – soft, pillowy, and most addictive rolls you will find. They are that good! At my house, when it comes to holidays such as Thanksgiving or Easter, rolls are one thing that is a must-have on our dinner table. In this pull-apart soft rolls recipe, there are no complicated flours, […] Read More