Back to Gluten Free Vegetarian 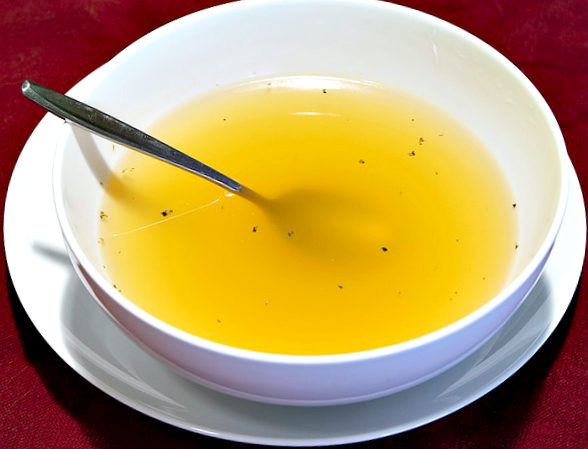 Stock Or Broth, What Is The Difference?

Stock is mostly bones, a little meat and basic vegetables such as carrots, celery, onions and parsley that are placed in water and simmered uncovered for up to 12 hours or more which is what intensifies the flavour and tastes meaty. When stock is cooled it becomes thicker like gelatin, because by simmering bones for many hours the collagen is extracted from the bones and tissues which when cooled becomes jello like. There are no spices, salt or herbs added because stock is mostly used as base for many dishes such as soups, stews, gravy, casseroles, fish, where you will add specific spices and adjust salt as needed. Stock is also always clear.

Broth is similar with few exceptions, it is mostly meat and some bones, basic vegetables such as carrots, celery, onions, leeks and parsley but you can also add some basic spices such as pepper, bay leaves, cloves and sea salt, this will add more to the flavour and can be used for soups or vegetable casseroles because it will intensify the flavour, but it can be used for any recipe since it will maximize the taste. 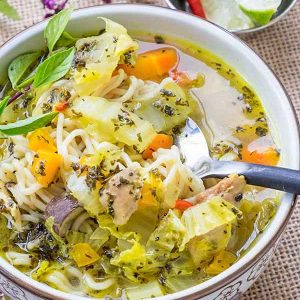 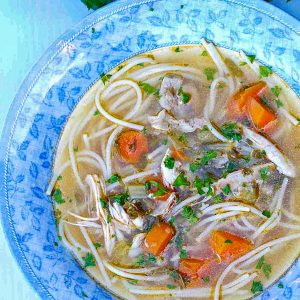 When it comes to comfort food, nothing beats homemade chicken noodle soup, especially during cold winter months and flu season. A good home made chicken soup is rich in protein, calcium, and gelatin from slowly cooked bones. The vitamins and minerals come from the fresh added veggies simmered in the tasty broth.     The […] Read More 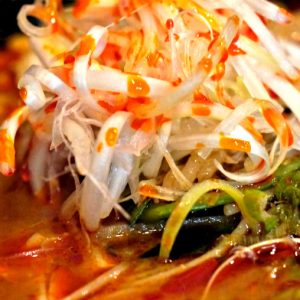 This easy spicy chicken ramen soup is based on the classic Japanese ramen soup. This is a hearty noodle soup served in Japan often as a main course. Ramen is a Japanese noodle soup. It consists of Chinese wheat noodles served in a meat or fish-based broth. The soup is often flavoured with  miso, and […] Read More