We all have certain expectations when it comes to pasta sauce, but rhubarb and quinoa? In this gluten free vegan recipe, the rhubarb adds brilliant flavour to this healthy pasta sauce. And the quinoa adds hearty texture without using meat. Sicilian food is known to be a fusion cuisine mostly influenced by Greek, French and Spanish, as is this sauce. The secret to any well-cooked pasta sauce is the spices and vegetables slowly simmering in the sauce. Serve with spaghetti squash or gluten free pasta 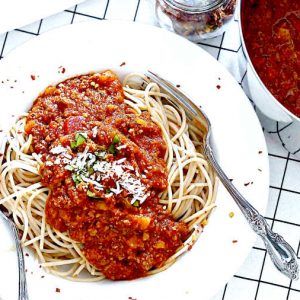 Who doesn’t love spaghetti Bolognese? Spaghetti Bolognese is probably the most popular Italian dish. This tasty pasta dish originates from Bologna a northern city in Italy. There are many variations outside of Italy and this one has been the most prevalent in our home. The combination of herbs and spices used in this recipes makes for […] Read More 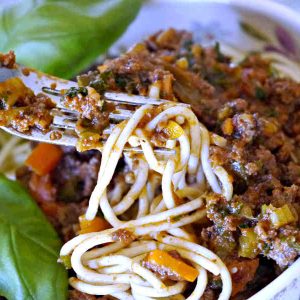 This skinny spaghetti meat sauce has all the robust Italian flavours without the extra fat and calories. Serve over spaghetti squash or gluten-free pasta. Read More 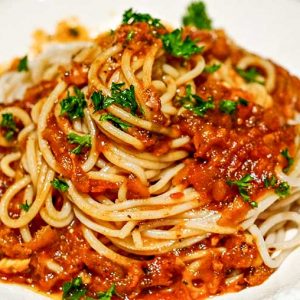