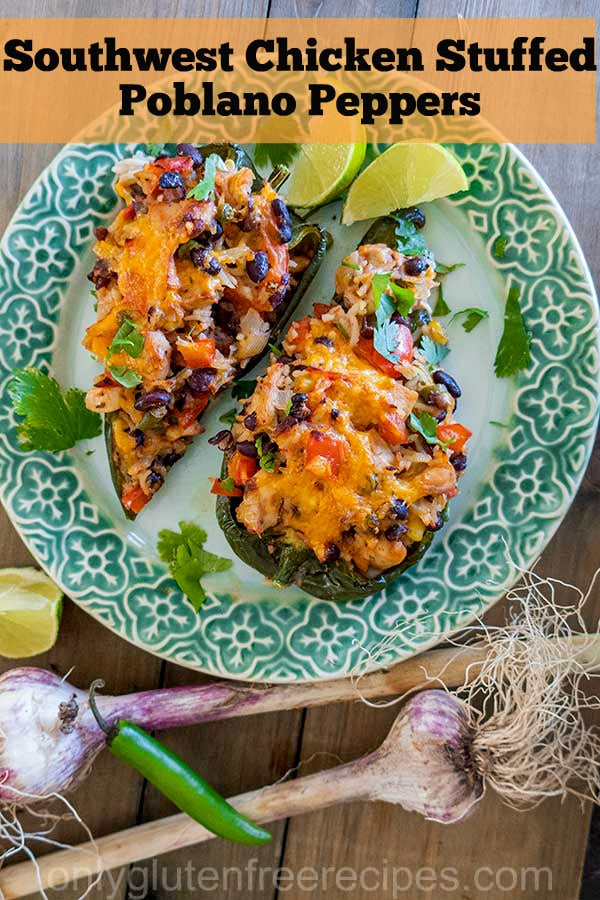 A Southwest Chicken Stuffed Poblano Peppers dish with so much deliciousness! In this southwest recipe, the poblano peppers are stuffed with chicken, tomatoes, rice, black beans, corn, bell peppers and cheese. The spices such as cumin, chilli powder, oregano, and coriander combined with onions and garlic make these chicken stuffed poblano peppers exceptionally tasty. 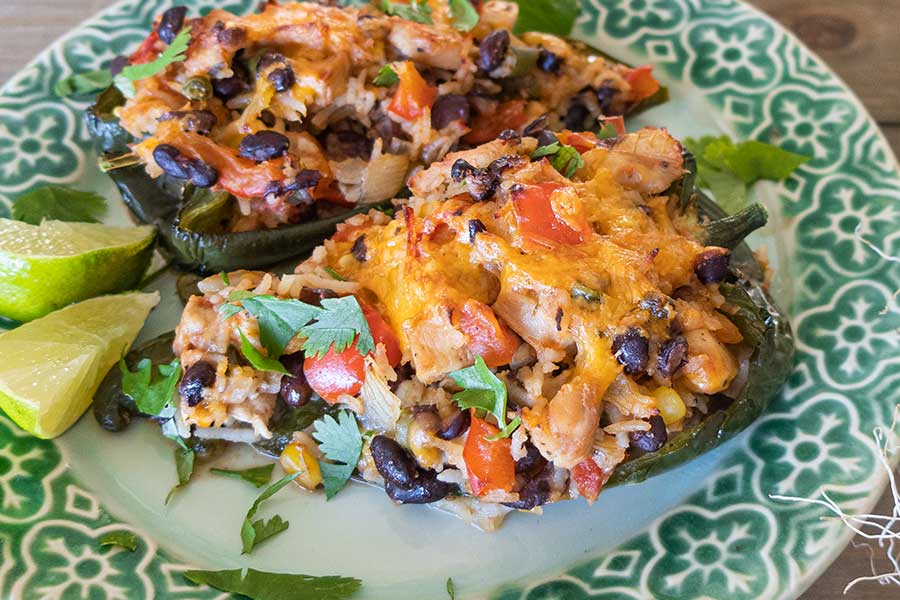 How did this southwest chicken stuffed poblano pepper recipe come about?

I can blame it on chicken! I had leftover two chicken breasts, and I wanted to turn the two chicken pieces into a hearty chicken dinner for four. It has been a while since I made stuffed peppers, so I decided to turn the chicken into a southwest dish. I needed to have enough filling for eight halved poblano peppers, so I added veggies, a little rice and cheese.

Poblano peppers are probably one of my favourite peppers for roasting, especially when they are stuffed with flavourful filling. The peppers are mild chilli peppers native to Mexico. They are a dark green colour before they ripen to a dark red or brown colour. Once the peppers are cooked, they have a slightly smoky, a little sweet and earthy flavour. The poblano peppers are perfect when roasted because they hold shape, have a good texture and are super tasty. 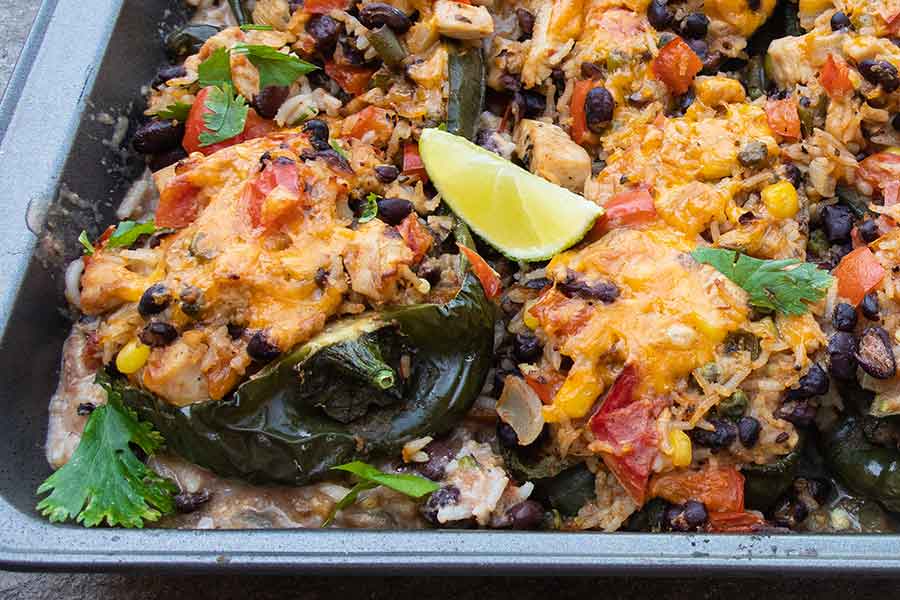 What to serve with stuffed peppers?

When the stuffing is moist and well seasoned, you don’t need to add much of anything else. I like to serve the peppers with fresh lime wedges because the lime juice adds extra flavour and freshness. I also added fresh herbs, such as cilantro. One other thing I may add is sourcream or full-fat plain yogurt. However, the southwest chicken stuffed poblano peppers are so flavourful that you don’t need to add anything else.

This naturally gluten-free dish is undoubtedly one of the easiest stuffed peppers recipes I have made. The hands on time is just minutes, and then the peppers are baked, allowing the flavours from the poblano peppers to infuse the filling and melt the cheese. 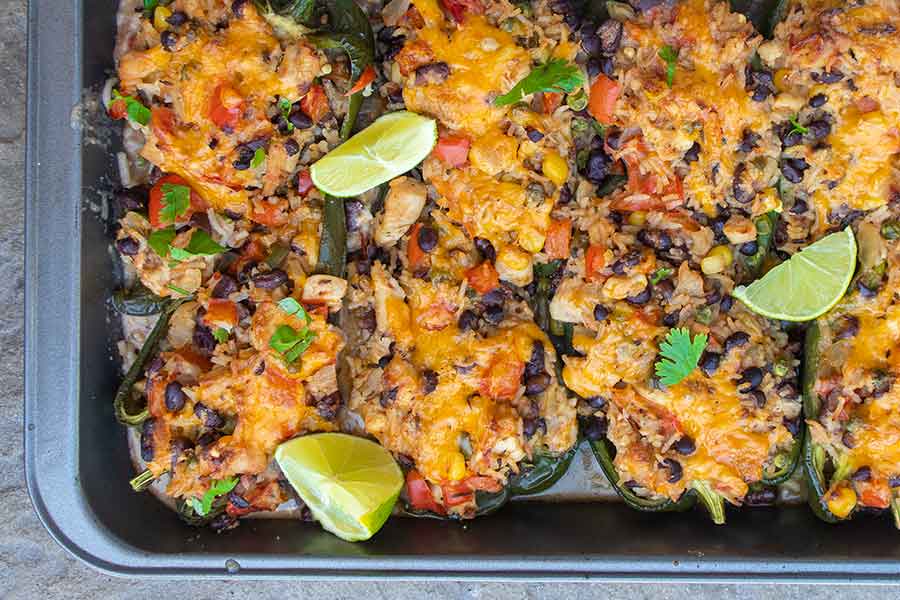 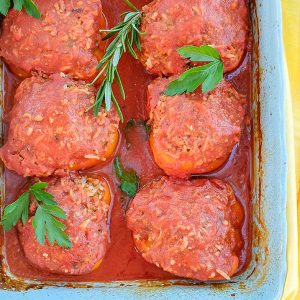 One of the best Hungarian stuffed peppers I had was my grandmother’s. There are many versions of stuffed pepper recipes, but these peppers were utterly the best! My grandmother was originally from Budapest, and her Hungarian recipes were always as authentic as could be. As a small child, I remember helping her stuff the peppers, […] Read More

For a lazy night at home let me show you how to make an easy Gluten-Free Chicken Enchilada Casserole. This is a Mexican-style way to use leftovers such as chicken or any leftover meat. I have used turkey and pork before, and the casserole turned out just as delicious. Typically chicken enchilada is an assembly […] Read More 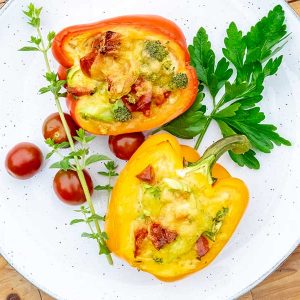