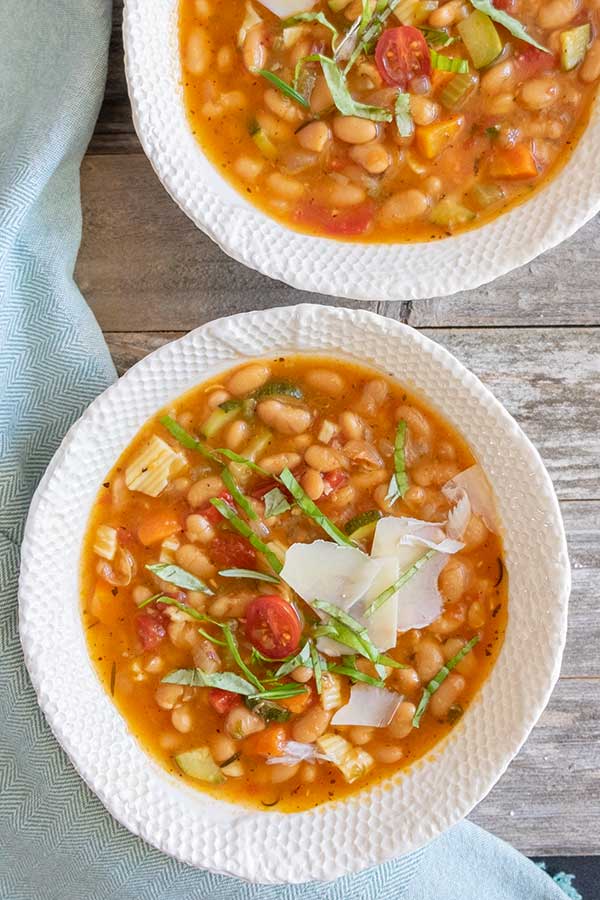 This Instant Pot White Bean Minestrone is a hearty soup made from scratch. By using dried beans the soup is so much more flavourful, and the beans have a much better texture than canned beans. Sure, by using canned beans, you can make this soup probably in 20 minutes, but the flavours and texture don’t compare.

♥ What is white bean minestrone?

Minestrone is a bean soup with veggies and pasta or rice, sometimes both. In this soup, I used dried cannellini beans and veggies such as celery, tomatoes, carrots, zucchini, onions and bell peppers. To flavour the soup, I used traditional Italian herbs such as basil, bay leaf, rosemary, oregano and naturally garlic. The gluten-free pasta is added at the very end, so it holds its texture and does not become mushy. The broth in this white bean minestrone is so delicious!

♥ Why is it better to use dried beans vs canned beans.

In summary, when cooking beans from scratch, you control the salt, the beans taste better, they have a better texture, and you don’t taste the metallic flavour. So this is a no brainer, cook the beans from scratch. And this brings me to why I used the Instant Pot for this white bean minestrone -> the time. By cooking dried beans in an instant pot, you will cut the cooking time by more than half then cooking the soup on the stove.

To finish the soup the Italian way, I topped the soup with plenty of fresh Parmesan cheese. This white bean minestrone is most certainly a nourishing meal in a bowl. Add some delicious gluten-free garlic cheese monkey bread, and the dinner is complete. And remember, bean soups always taste better the next day. Enjoy! 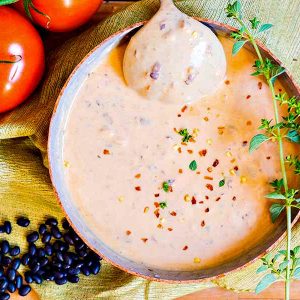 Don’t be fooled by the simplicity of this Creamy Creole Black Bean Soup. Slightly spicy and creamy, this soup will wake up almost any palate. Be sure to make more than you need, for this soup tends to disappear quite quickly. Read More 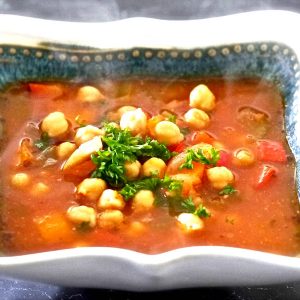 After a busy day, this Cuban Vegetarian Garbanzo Bean Soup is the way to go. This gluten-free vegetarian soup recipe is simple to make, and the soup is hearty enough for a main. The delicious flavours in this tasty soup come from slowly simmered vegetables and from Cuban spices. Serve with our famous gluten-free cornbread   Read More 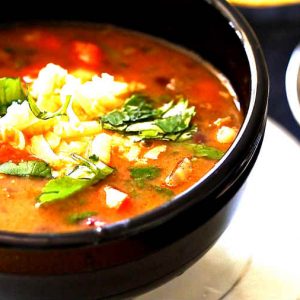 This gluten-free vegan one-pot three bean chowder is simmered slowly making this into a most flavourful chowder. The hearty chowder is seasoned with a combination of Mexican and curry spices adding an intense flavour to this vegan chowder. When using dry beans this recipe becomes a budget-friendly meal. A bean soup flavour intensifies with each […] Read More