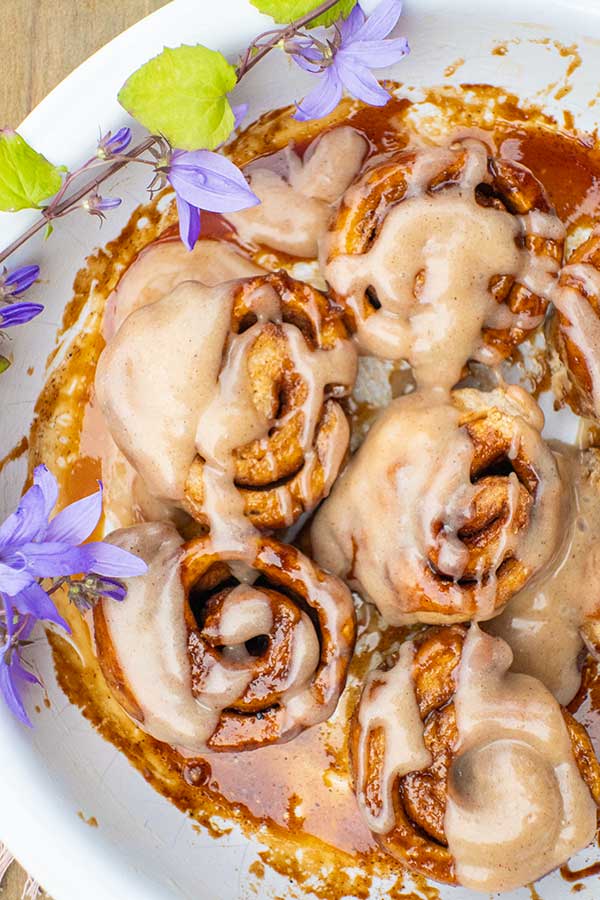 Enticingly addictive Gluten-Free Honey Cinnamon Rolls…Buttery, sticky rolls made with honey, cinnamon, nutmeg, and generously topped with cinnnamon butter and cream cheese frosting. Every bite is filled with sweet, deliciousness melting in your mouth. There is nothing not to love about these gluten-free honey cinnamon rolls.

First, these are not your classic cinnamon rolls. I wanted to create extra flavour and make them extra sticky. The rolls are perfectly spiced with cinnamon and a hint of nutmeg. But it is the honey that makes these gluten-free rolls extra special. But let’s not forget the frosting -> made with butter, cream cheese, cinnamon, vanilla and powdered sugar. So so good! However, if you are looking for a typical gluten-free cinnamon bun, check out this gluten-free cinnamon bun with walnuts and raisins recipe 🙂 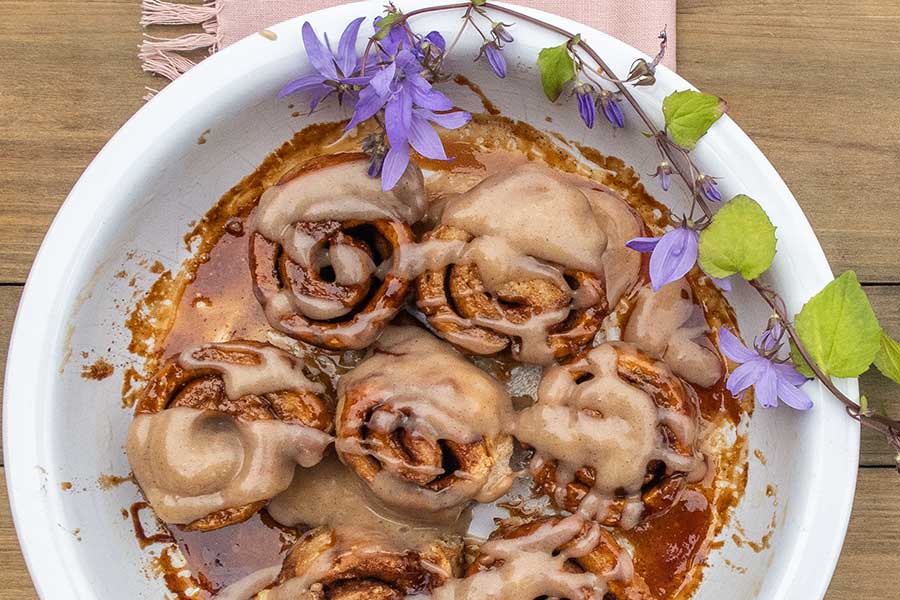 Now you get to shape the rolls and add the filling. I combined butter with honey and a good sprinkle of coconut sugar, cinnamon and nutmeg for the filling. Roll the dough, cut into rolls and place them into a baking dish. I used a pie plate because they fit in perfectly. But you can use a baking dish that works for you.

As soon as the rolls come out of the oven, you spread the delicious frosting over the top. The frosting will melt right into the rolls, making them sweet, extra cinnamony and sticky just the way rolls should be. I wanted the frosting to have some depth, so I used butter, cream cheese, cinnamon and vanilla. A perfect end to the most delicious gluten-free honey cinnamon rolls.

When it comes to rolls, they should be eaten fresh right out of the oven. That’s when they are the best. This recipe calls for eight small rolls or four larger ones. I always make small rolls, because they are rich and one small roll is all you need. But if you decide to make the larger rolls, allow about eight minutes for extra baking time. If you have any leftovers for the next day, I recommend to pop them in the microwave for about 15 seconds, and they will taste just as fresh. 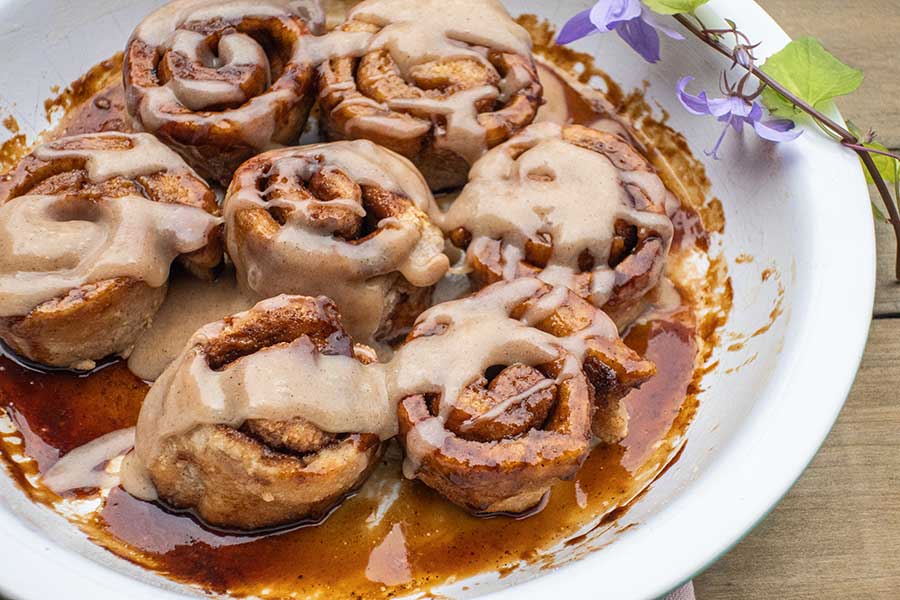 ♥ Can you make the honey cinnamon rolls ahead of time?

Absolutely! I know some of you may be thinking who wants to be making honey cinnamon rolls early in the morning? No problem, to get a jump start you can make the rolls one to two days in advance and let them rise in the fridge. If you are using the fridge method, allow the rolls to rise for a minimum of 24 hours. When you are ready to bake them, bring them to room temperature, about 45 minutes, and then pop them in the oven. They make for a perfect Sunday brunch treat. Just imagine your home filled with the aroma of freshly baked honey cinnamon rolls, and you get to sleep in. Now, this is something to celebrate…Enjoy!

If you make these Gluten-Free Honey Cinnamon Rolls, please give it a rating or a comment. And don’t forget to tag me on Instagram! I love looking through the photos of recipes you all have made:-) or join me on my Facebook page for the latest updates. 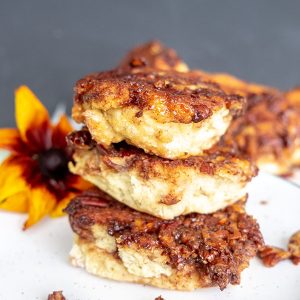 Warming Gluten-Free Pull-Apart Sticky Pumpkin Spice Bun recipe! All I can think is warm, buttery, sticky, deliciously spiced with pumpkin spice buns straight out of the oven, especially on Thanksgiving or Christmas morning. The aroma in the kitchen, while they are baking, is intoxicating! Holidays are about memories with the family, good friends and delicious […] Read More 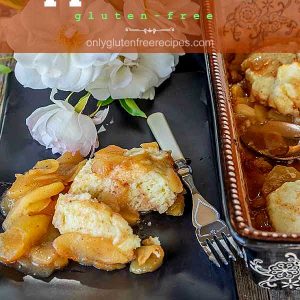 This is a super Easy Gluten-Free Apple Cobbler recipe. An apple dish that is nothing short of deliciousness.  Every bite is filled with tasty buttery apples, fresh lemon, vanilla, cinnamon and a hint of nutmeg. The apples are tender, and the gluten-free biscuit topping is fluffy and light. Every bite is beyond delicious. I promise […] Read More 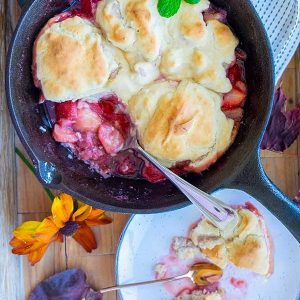 Yes, it’s Friday, and this calls for a gluten-free Sunday brunch recipe! Yesterday I was at Whole Foods supermarket and saw these beautiful organic sweet strawberries, and they were on sale. Can you believe it? This time of the year buying such beautiful fresh organic strawberries and on sale…wow! So this is how I ended […] Read More