Back to Soups and Stews 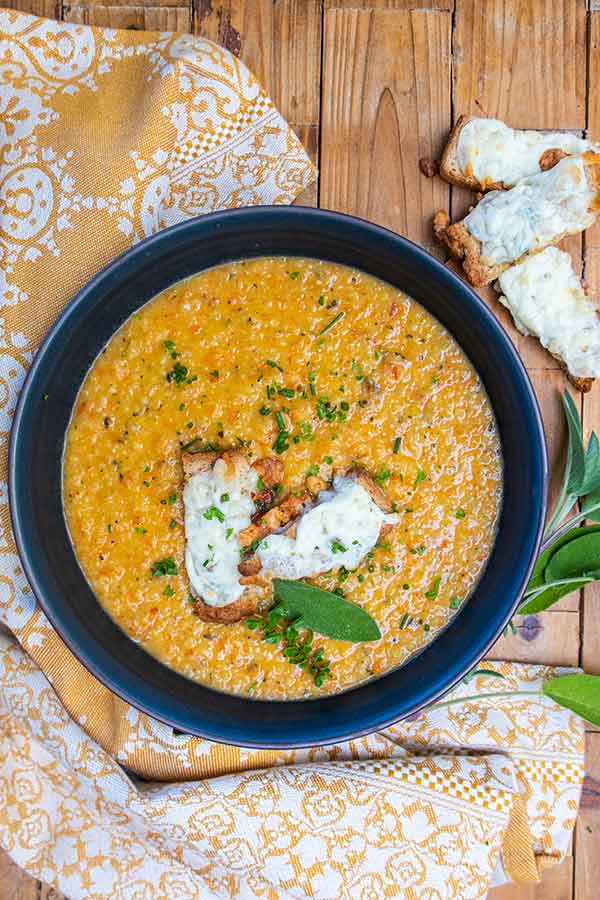 This healthy Roasted Vegetable Soup with Cheese Crostini is the most delicious bowl of vegetable soup. Summer zucchini, ripe tomatoes and sweet carrots are roasted with onions, garlic, fresh sage and olive oil. Then they are pureed with coconut milk and fresh lemon juice into the most delicious creamiest bowl of soup. Each bowl of soup is topped with a crusty gluten-free crostini brushed with veggie and herb-infused olive oil and melted cheese. 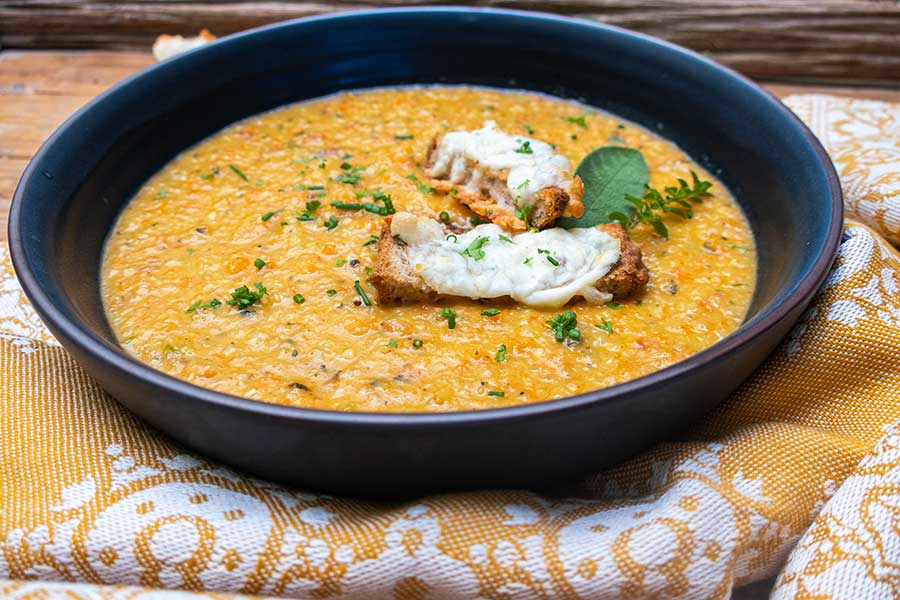 There is nothing basic about this soup! 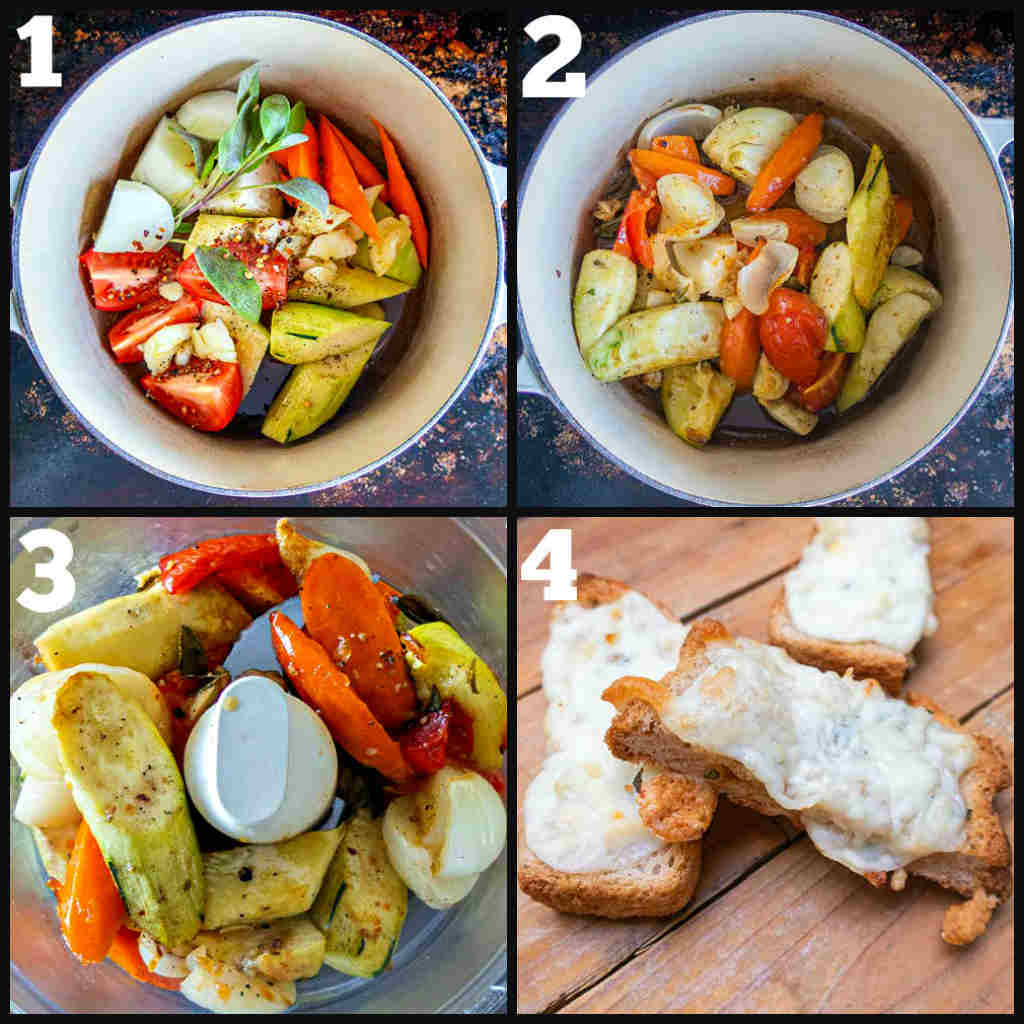 You start with adding the zucchini, tomatoes, carrots, onions, garlic, olive oil, fresh thyme and the spices to an oven-safe pot. The dutch oven is best for this because you can finish the soup in the same pot. If you don’t have one, you can use a baking pan. The vegetables are roasted at a high temperature of 425 F. This will allow the veggies to char and release their flavourful juices. By roasting them, the flavours intensify, giving this vegetable soup all that deliciousness!

Once the vegetables are ready, transfer them into a food processor. But keep the leftover oil in the pot. This flavour infused oil is used to brush the bread used to make crostini. The oil is what gives the crostini tremendous flavour. The vegetables are pureed, however, I like to keep some texture in the soup, so I don’t fully puree them.

Now transfer the vegetable mixture into the same pot that you used to roast them in and add the coconut milk with fresh lemon juice and reheat. While the soup is reheating, pop crostini topped with cheese in the oven. Bake until the cheese is melted and bubbly. Serve immediately 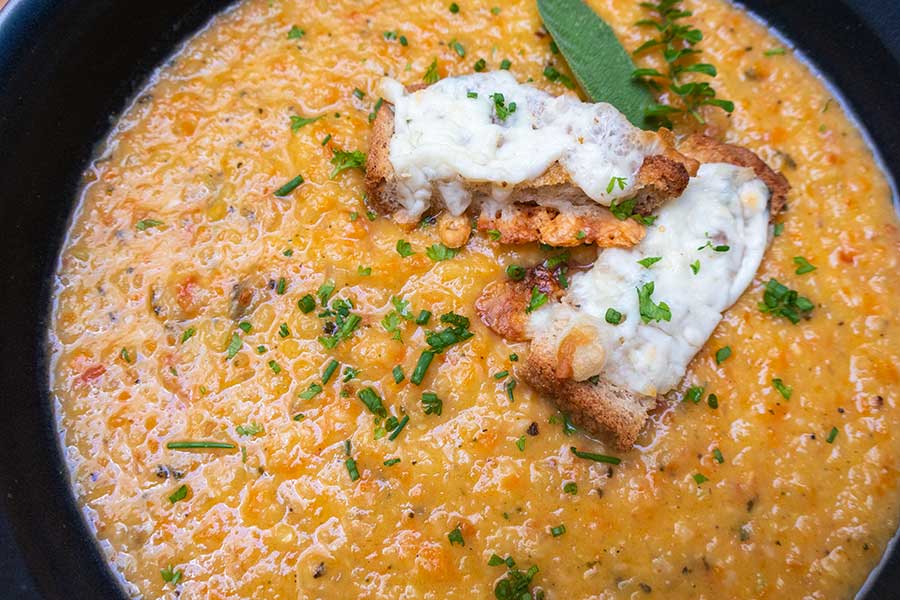 You can change the veggies if you like. Some that come to mind are cauliflower, broccoli, sweet potato, squash and shallots.

If you don’t have coconut milk, you can use dairy-free milk of choice.

For the sage, feel free to use your favourite herbs, such as thyme, oregano or basil.

If you are dairy-intolerant, use vegan cheese or sprinkle the crostini with nutritional yeast.

Need more soup recipes? Check out our complete list of gluten-free soups. One of my most favourite soups is the Mexican Chicken Rice Soup…YUM! 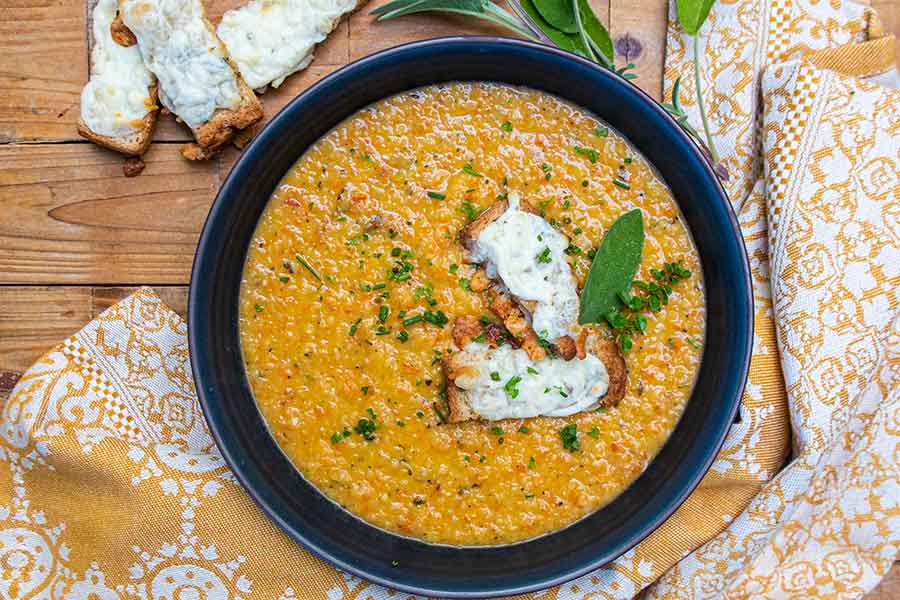 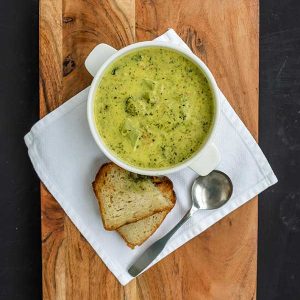 Warming, healthy 30 Minute Broccoli Cheddar Soup. Let us not confuse this recipe with cream of broccoli soup. This soup is super cheesy with chunks of tender broccoli. I have also added some carrots for flavour and added health benefits. But you can’t even tell the carrots are in the soup. What I love about […] Read More 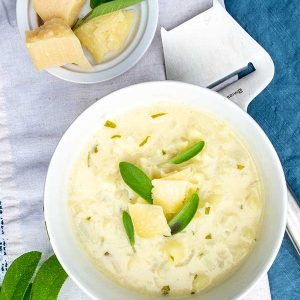 Don’t be fooled by the simplicity of this cauliflower soup, remember that it doesn’t have to be difficult to be magnificent. The three combined flavours such as cauliflower, sage and Asiago, are proof of that. If you like cream of cauliflower soup, you must try this version. Not only does this soup taste great, but […] Read More 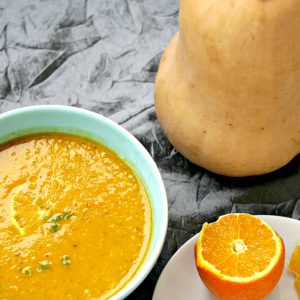 This gluten-free butternut squash bisque is creamy, deliciously seasoned soup. Seasoned with ginger, cinnamon and a hint of curry brings out the warm pumpkin flavour. I also added carrots and fresh orange juice making this is soup extraordinary.  This healthy bisque is also dairy-free, vegan and diet friendly. Read More