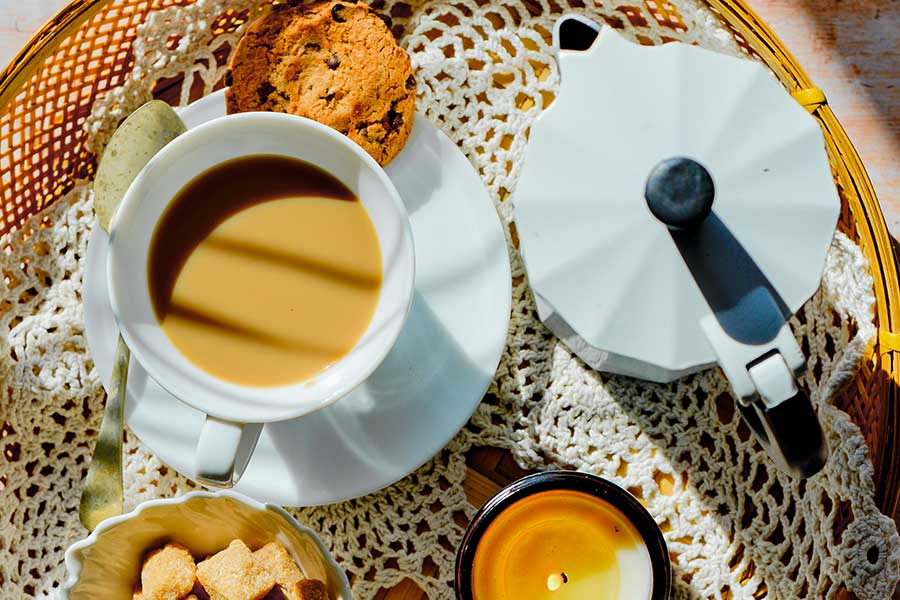 Coffee has been a beverage that has set-off many debates in the scientific community. Researchers are pretty divided on whether this beverage is an elixir or a poison. But one opinion stands true and popular for the general populace: Coffee is delicious!

It is a popular beverage all over the world. For years, this drink has been often criticized.However, recent studies have identified the goodness and well-being offered by this drink, which has the coffee addicts elated.

The bottom line is that coffee could possibly increase your lifespan! (While this fact may be true it does not mean, in any way, that those who do not drink coffee will necessarily have a shorter life).

If you are still contemplating on whether to take a sip of this tempting beverage, here are some scientifically proven health benefits of coffee that will tip the scales in the favor of drinking coffee:

At some point of our lives, we all have relied on coffee to give us that much-needed kick of energy to make through a hectic day or an unending night. Therefore, this fact may not really come as a surprise to anybody.

Studies have shown that drinking coffee could boost energy levels and make people feel less tired. Caffeine is the main driving force behind this property. Caffeine is a psychoactive drug that is widely consumed all over the world!

Once the caffeine is absorbed into the blood stream, it makes its way towards the brain. It shoots up the secretion of neurotransmitters like dopamine and norepinephrine, which fires up the neurons.

Caffeine also blocks the inhibitory neurotransmitter Adenosine leading to a stimulating effect on the brain and the body. Clinical trials have shown that coffee has positive effects on various brain-centric functions like mood, memory, alertness, reflexes, energy levels, and general cognitive functions. 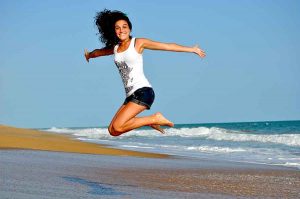 If you thought that the mental boost was amazing then beat this – coffee can also improve your physical performance. This happens because caffeine stimulates the central nervous system, evoking the flight of fight response.

Due to the increased levels of Adrenaline (Epinephrine) the body goes under stress and begins breaking down the fat cells and converting body fat into usable energy.

The fat is released into the bloodstream in the form of fatty acids, which act as a fuel to the body. Thus, in the process, the body becomes ready for any kind of physical labour.

Researchers have recorded a spike in physical performance by 11-12% under the influence of caffeine. Moreover, 2 cups of coffee can reduce the post workout pain by 48%. Think of how a strong cup of coffee before a workout would affect your fitness regime!

Interestingly, caffeine is a compound that is found in most supplements that claim to have fat burning properties. Studies have proven that caffeine is a substance that actually helps in burning fat.

These studies have also noted that caffeine boosts the metabolic rate of the body by 3 to 11%, making it one of very naturally occurring substance with proven fat burning capacity.

Some other studies have observed that caffeine can boost the fat metabolism by 29% in lean people and 10% in obese people. Sadly, those who have been long-term drinkers of coffee may not experience these effects.

Despite all the roasting, grinding, and brewing, a lot of nutrients make their way into your cup of coffee. Brewed coffee contains approximately 1.8 grams of fiber, which is almost 10% of the required daily intake.

Other research proves that one cup of coffee contains Riboflavin (Vitamin B2 – which aids in energy production), Pantothenic acid (Vitamin B5 – combats stress, allergies, and any heart and lung disorders), Niacin (Vitamin B3 – Lowers bad cholesterol levels), Potassium, Magnesium, and Manganese.

Thus, this beverage is a powerhouse of important vitamins and minerals.An interesting side fact: Potassium and Magnesium aid the human body in using insulin to regulate blood sugar levels, which results in reducing the cravings for a sugary snack or treat. So coffee may actually help you lose weight too!

Type 2 diabetes is slowly turning out to be a lifestyle epidemic and affects a large population of people. Characteristics of type II diabetes includes insulin resistance leading to higher concentration of glucose and sugar in the blood stream.

Researchers have established that drinking coffee actually lowers the risk of being afflicted by type II diabetes. Many studies have pointed out that coffee drinkers have a whopping 23-50% lesser risk of getting diabetes.

In fact, one study suggested that this rate could be reduced by 67% just by regular consumption of coffee. A standard study assessed that a cup of coffee could reduce type II diabetes risk by 7%.

Alzheimer’s disease is the commonest neurodegenerative disorder afflicting people over the age of 65 years. Alzheimer’s subsequently results in Dementia. While there are no proven cures for Alzheimer’s, there are ways to prevent the disease.

Apart from exercising and eating healthy, drinking coffee could also contribute in lowering the chances of developing Alzheimer’s. Going by the studies, coffee can reduce the risk of getting Alzheimer’s by up to 65%! Parkinson’s is yet another neurotransmitter disease that comes second to Alzheimer’s in terms of prevalence.

Parkinson’s is caused by the reduction of dopamine generating neurons present in the brain. Since this disease also does not have any scientifically proven cure, prevention becomes the first line of defense.

Coffee drinkers have up to 60% lower chance of getting Parkinson’s disease. Other neural inflammatory diseases like multiple sclerosis (MS) can be prevented by drinking coffee.

The Liver is a large organ that aids in metabolizing drugs, detoxifying chemicals, and breaking down fats, proteins and carbohydrates. It also performs many other functions that including production of Bile.

The liver can be afflicted by many diseases such as hepatitis, jaundice, and fatty liver and if these issues are left unchecked, it could result in cirrhosis.

Cirrhosis is a condition wherein the liver tissues are replaced by scar tissues. It has been proven that coffee could reduce the risk of developing cirrhosis. Those who drink more than 4 cups of coffee per day could lower the risk of cirrhosis by 80%.

Coffee May Help With Depression

Depression is a silent cancer that is claiming way too many lives. It adversely affects the quality of life. A large section of people is struggling with clinical depression that could potentially result in suicidal tendencies, suicide attempts, or worse suicide.

The severity of this mental disorder is not lost on the scientific community. In 2011, a Harvard study published that women who consumed four or more cups of coffee had 20% lower risk of developing depression.

A similar study found that those consuming the same amount of coffee were 53% less likely to attempt or commit suicide.

Coffee May Reduce the Risk of Strokes

Coffee, or rather caffeine, is responsible behind the increase in blood pressure but this effect is rather minute, say 3-4 mm/Hg, and the body stops altering the blood pressure after regular consumption of coffee.

Not only heart diseases but also the risk of having strokes is reduced drastically by 20%.

Brazilian scientists discovered that black coffee could kill the bacteria present in the mouth and on the teeth, which generally result in tooth decay.

Thus, black coffee could be useful in avoiding cavities. An American study observed that coffee did not harm the gums and improved the overall gum health. It is also proven that coffee can protect the drinker from periodontal diseases.

Coffee Could Help You Live Longer

European researchers have found that the DNA of coffee drinkers exhibits a stronger integrity due to the fewer instances of DNA strand breakage in the white blood cells.

The antioxidants present in the body help in protecting the body from the harmful effects of the free radicals present inside the human body.

Coffee in general, helps in lowering the risk of death and increases life expectancy.Studies over Japan, Europe, and America have raised speculations that coffee can help individuals live longer.

The USDA has declared coffee as a healthy part of diet. However, one must keep in mind that you should not mindlessly consume large quantities of the beverage with the hope that it will affect you positively.

In fact, excess consumption could negate the effects of caffeine and increase their caffeine tolerance. Those suffering from heart diseases, caffeine sensitivity, and pregnant women should stick to decaffeinated coffee or simply tea.