It is not often I get this excited about one of my gluten-free recipes. However, the Gluten-Free Apple Raisin Fritters are undeniably delicious.

♥ What are apple fritters?

Apple fritters are like donut holes – however, they are a lot more flavourful. They are filled with fresh apples, raisins, cinnamon, a hint of vanilla, and sweetened with pure maple syrup.

The texture of the apple fritters is soft and pillowy on the inside and slightly crispy on the outside. The apples and raisins make the fritters tasty because every bite is filled with fruit.

I wanted the gluten-free apple raisin fritters to have a light maple flavour, so I added a maple cinnamon glaze. The little morsels are sooo good! The glaze is optional, you can all so serve the fritters rolled in cinnamon coconut sugar.

What I love about this recipe, there is nothing fancy about the ingredients, they are quick to whip up, and they taste like mini donuts. How can something like fresh apples, raisins and cinnamon made into mini donuts not be heavenly? You will love them!

The gluten-free apple raisin fritters make Sunday brunch extra special, and they are best when freshly made. I hope you try this recipe, and please let me know your thoughts. I always love to hear from you. If you have extra time, try the gluten-free cinnamon donut recipe, you will love it! 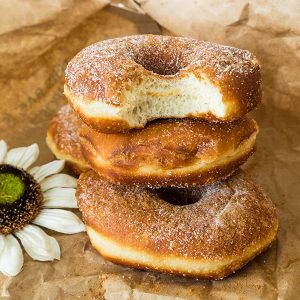 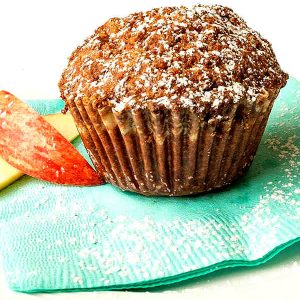 Discover a gluten-free muffin that is moist and deliciously flavoured with apples and cinnamon. You would never know that this is a gluten-free muffin, it’s that moist and delicious. Packed with apples throughout with a tasty cinnamon streusel topping that will make your mouth water. When it comes to fall, apples are often used in baking, […] Read More 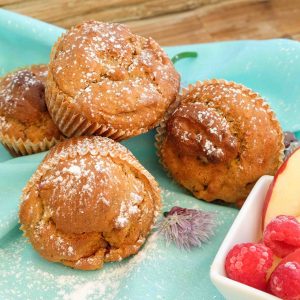