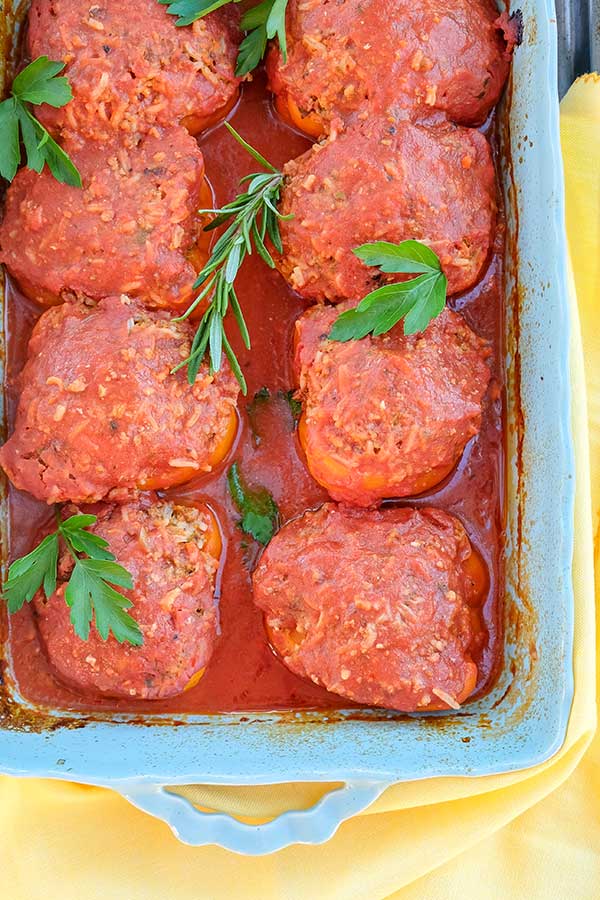 One of the best Hungarian stuffed peppers I had was my grandmother’s. There are many versions of stuffed pepper recipes, but these peppers were utterly the best! My grandmother was originally from Budapest, and her Hungarian recipes were always as authentic as could be. As a small child, I remember helping her stuff the peppers, it was so much fun!

When I decided to re-create this recipe, I wanted to make the peppers a little simpler and a little healthier than the classic recipe she passed on to me. However, I tried to keep the same flavours and texture. For the pepper itself, I replaced it with red bell pepper, the original recipe called for green peppers. Red bell peppers pack the most nutrition because they’ve been on the vine longest. Red pepper also has almost 11 times more beta-carotene than the green pepper. But the sweetness of red peppers added just enough flavour to the tomato sauce that I did not have to add sugar.

My grandmother always added a little sugar to the tomato sauce because she used green peppers, which are not as sweet. To make the stuffing, first, it had to be gluten-free. However, more importantly, I wanted it to be simpler and healthier. For the meat, I used a combination of ground pork and gluten-free chicken sausage meat. For the healthiness, I added grated carrots which are packed with vitamin A. The carrots also kept everything moist and juicy. The reason I used chicken sausage meat, it kept the recipe simpler and everything deliciously tasty. Plus, it allowed me to cut back on extra ingredients to flavour the stuffing. 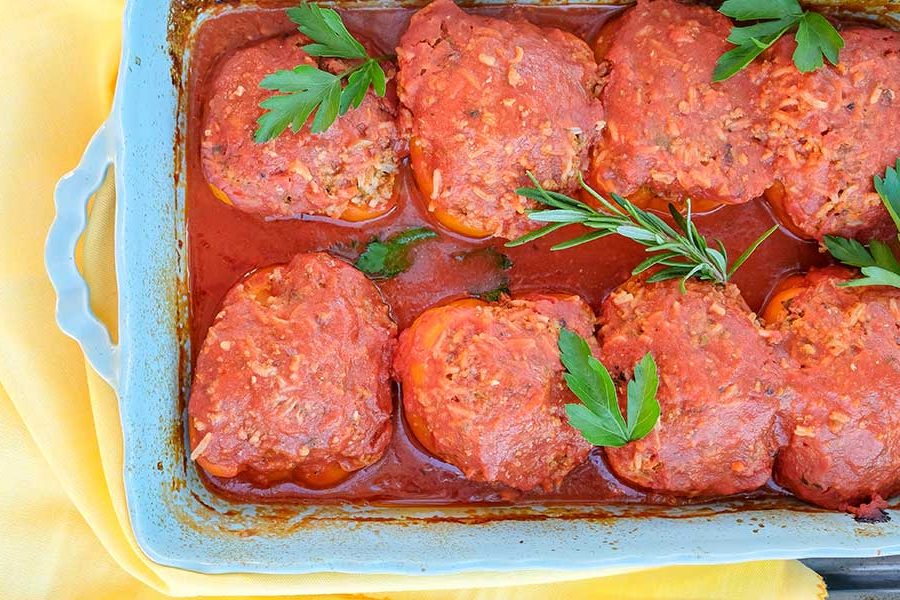 These are the only changes that I made, and the Hungarian stuffed peppers taste just like my grandmothers did. If you are in search of authentic Hungarian stuffed peppers, you found them! The best thing about this recipe, it is super simple to make, I promise you. My grandmother always served them with buttered noodles or good crusty bread, in my case, it would be gluten-free crusty bread, it doesn’t get any more authentic than this 🙂 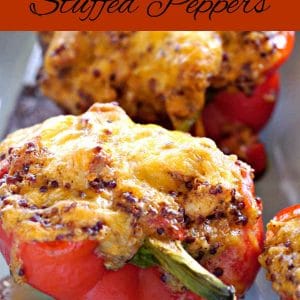 When it comes to gluten-free stuffed peppers, this Cheesy Chicken Stuffed Peppers recipe is my favourite! The sweet red bell peppers are filled with chunks of tender chicken, quinoa, cheddar cheese, and fresh tomatoes. For the flavour, I used cumin, chilli powder, garlic and oregano. Since I love spicy food, I also added cayenne pepper. […] Read More 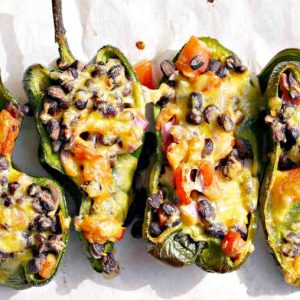