Back to Gluten Free Kids 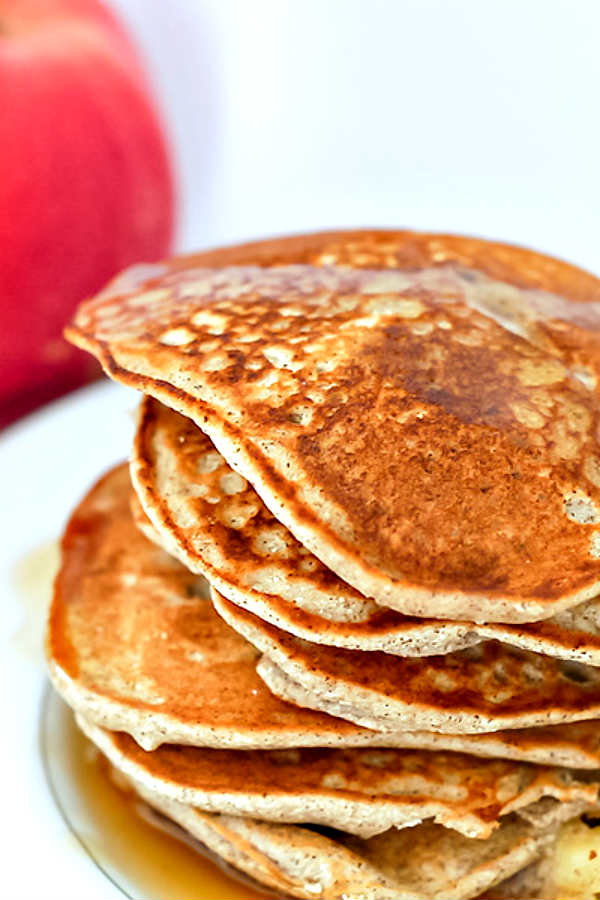 Bump up the flavour and texture of these Gluten-Free Apple Cinnamon Buckwheat Pancakes with a dose of buckwheat flour. Add some coconut flour a hint of fresh lemon juice and for the flavour fresh apples and cinnamon. What a comforting breakfast to treat you in the morning.

♥ Why is buckwheat so good for you!

Although named buckwheat, it is not a form of wheat or grain. Buckwheat is a naturally gluten-free seed. These tiny seeds are rich in dietary fiber and protein and multiple antioxidants. You may think of it as a superfood. Another beautiful thing about buckwheat it is non-allergenic. When this flour is used in baking, it adds a slightly nutty flavour and a hearty texture, and it pairs beautifully with the coconut flour.

In this gluten-free buckwheat pancake recipe, there is also plenty of apples. The keep the pancakes moist and add fresh apple flavour. Add some cinnamon, and the kids will love the pancakes even though they are made with healthy ingredients. After all, who doesn’t like apples and cinnamon, a perfect combination.

And there is no need to feel guilty when it comes to these delicious pancakes, which are packed with a hefty dose of apples. To serve, you can go that extra mile and add yogurt, fresh fruit or keep it simple with pure maple syrup. But don’t stop at breakfast, the apple cinnamon buckwheat pancakes make for a wholesome snack by adding nut butter or marmalade.

For delicious apple dishes, check out our selection of gluten-free apple recipes, from breakfast to desserts, you will find something that you will love 🙂 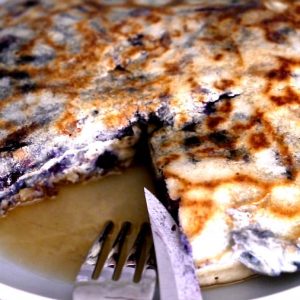 Your family will love these gluten-free vegetarian fluffy blueberry pancakes. They are flavourful and packed with blueberries. The best part is, this recipe is put together quickly and simply. Top with pure maple syrup, yogurt or berries. Enjoy! Read More 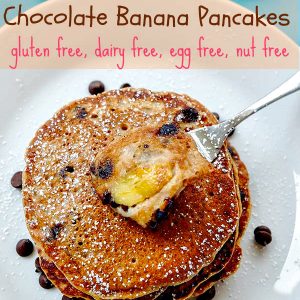 These are the best Gluten-Free Chocolate Banana Pancakes by far! When following a gluten free diet basic pancakes can be pretty boring for breakfast. By adding bananas and chocolate the pancakes become magically delicious. This is an allergy friendly vegan recipe and will accommodate most restricted diets. Even the pickiest eater will love these mouthwatering […] Read More 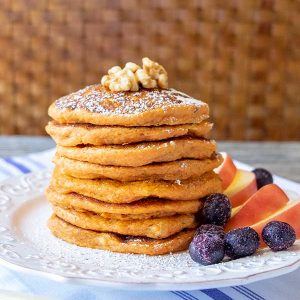 These Gluten-Free Carrot Pancakes are super healthy, fluffy with gorgeous earthy colour and flavour. It is fun to go beyond the usual pancakes and try something different. If you like a carrot cake, you will enjoy these delicious gluten-free carrot pancakes. After all, who doesn’t like pancakes, especially when they taste like a carrot cake. Yes, a […] Read More